Ancient Astronomy: An Encyclopedia of Cosmologies and Myth 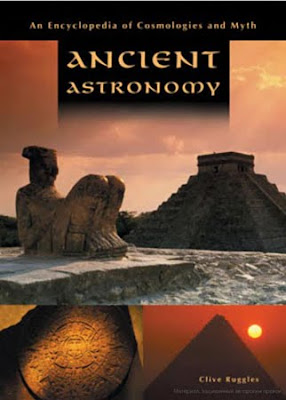 Long before astronomy was a science, humans used the stars to mark time, navigate, organize planting and dramatize myths. In fact, some lunar calendars date back over 30,000 years. From Stonehenge to Angkor Wat, many of the world's most famous ancient monuments owe their existence to humanity's mastery of and reverence for the night sky. This encyclopaedia draws on archaeological evidence and oral traditions to reveal how prehistoric humans perceived the skies and celestial phenomena. With over 300 entries, it offers a number of ways to approach ancient astronomy, from key examples and case studies worldwide (Stonehenge, Mexican and Egyptian pyramids, Chaco Canyon, New Mexico, the Nazca lines in Peru) to general themes (cosmologies, calendars, ancient ideas of space and time, origins of myths, astronomy's fundamental concepts and methods) to the field of archaeoastronomy's defining questions (can ancient sites be dated astronomically? What were the origins of the constellations? How does astrology relate to ancient astronomy?). By revealing the astronomical significance of some of the world's most famous ancient landmarks and enduring myths and by showing how different themes and concepts are connected, the book aims to bring an authoritative perspective to an area often left to speculation and sensationalism.