Life in the World Unseen By ANTHONY BORGIA 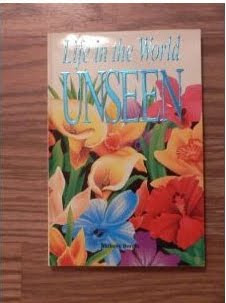 Knowledge is the best antidote for fear, especially if that fear should be of the possible or probable state of existence after we have made the change from this life to the next

To discover what kind of place is the next world, we must inquire of someone who lives there, and record what is said. That is what has been done in the present volume

The communicator, whom I first came to know in 1909 -- five years before his passing into the spirit world -- was known on earth as Monsignor Robert Hugh Benson, a son of Edward White Benson, former Archbishop of Canterbury

Until the present scripts were written he had never communicated with me directly, but I was once told (by another spirit friend) that there were certain matters he wished to set right. The difficulties of communication were explained to him by spirit friends and advisers, but he held to his purpose. And so when a suitable time was reached, he was told that he could communicate through a friend of his earthly days, and it has been my privilege to act as his recorder

The first script was composed under the title of Beyond This Life; the second under that of The World Unseen.

In the former, the communicator gives, in a general survey, an account of his passing and his subsequent travels through various parts of spirit lands. In the latter script he deals at much greater length with a number of important and interesting facts and facets of spirit life, upon which previously he had touched only lightly or in passing

For example: in Beyond This Life he mentions the highest realms and the lowest. In The World Unseen he actually visits them and describes what he saw and what took place in both regions. Although each of the two scripts is complete in itself, the second greatly extends and amplifies the first, and together they form a composite whole

We are old friends, and his passing hence has not severed an earthly friendship; on the contrary, it has increased it, and provided many more opportunities of meeting than would have been possible had he remained on earth. He constantly expresses his delight upon his ability to return to earth in a natural, normal, healthy, and pleasant manner, and to give some account of his adventures and experiences in the spirit world, as one who 'being dead (as many would regard him), yet speaketh'.