The Cardinal Rites of Chos 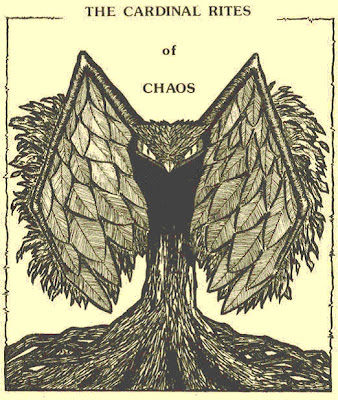 CONTENTS
Background ,The Spring Equinox , The Summer Solstice,   The Autumn Equinox ,  The Winter Solstice
The Circle of Chaos was started in the mid 1960’s by a group of people who had come together from various backgrounds. Among us there were witches, magicians, psychics, mystics and others all with one common ground. At that time occultism was enjoying one of it’s periodic vogues with many young people involving themselves in at least one of it’s many aspects. The bookshops were full of do-it-yourself witchcraft and magick; rock bands were releasing albums of overtly occult material and the subject was sensationalized as a prelude to the grossest commercialism.