Fantasia of the Unconscious by Lawrence 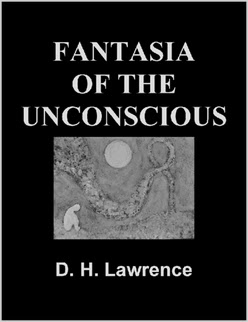 Man the doer, the knower, the original in being is he the lord of life? Or is the woman, the great Mother, who bore us from the womb of love, is she the supreme Goddess?
(Lawrence, Fantasia of the Unconscious)

The decay of the so-called "sexual revolution" today is an affirmation of Lawrence's theory of sexuality. Lawrence was most definitely a godfather of the 20th Century sexual revolution. In practice, the sexual revolution is or was a revolt against the depressing notion that our lives, controlled by growing governments and threatened by nuclear annihilation, are pre-ordained. Free will is just an empty metaphor inside this realm. The sexual revolution unleashed a potent rebellious impulse that contradicted the anxiousness of freedom-less reality.