The God of the Witches By Margaret Alice Murray 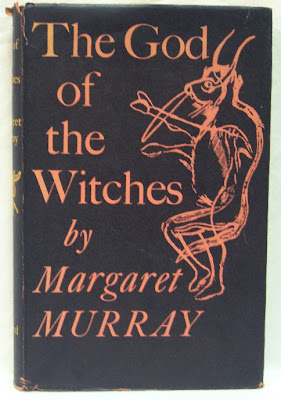 This celebrated study of witchcraft in Europe traces the worship of the pre-Christian and prehistoric Horned God from paleolithic times to the medieval period. Murray, the first to turn a scholarly eye on the mysteries of witchcraft, enables us to see its existence in the Middle Ages not as an isolated and terrifying phenomenon, but as the survival of a religion nearly as old as humankind itself, whose devotees held passionately to a view of life threatened by an alien creed. The findings she sets forth, once thought of as provocative and implausible, are now regarded as irrefutable by folklorists and scholars in related fields. Exploring the rites and ceremonies associated with witchcraft, Murray establishes the concept of the "dying god"--the priest-king who was ritually killed to ensure the country and its people a continuity of fertility and strength. In this light, she considers such figures as Thomas a Becket, Joan of Arc, and Gilles de Rais as spiritual leaders whose deaths were ritually imposed.

"The God of the Witches" were written for a popular audience and in a style that was far more imaginative and entertaining than standard academic works. "The God of the Witches", 1931 expanded on her claims that the witch cult had worshiped a Horned God whose origins went back to prehistory. Murray decided that the witches' admissions in trial that they worshiped Satan proved they actually did worship such a god. Thus, according to Murray, reports of Satan actually represented pagan gatherings with their priest wearing a horned helmet to represent their Horned God. Murray also discussed the murder of the Archbishop of Canterbury, Thomas Becket, claiming to show that he too was a pagan by saying that his death "presents many features which are explicable only by the theory that he also was the substitute for a Divine King"