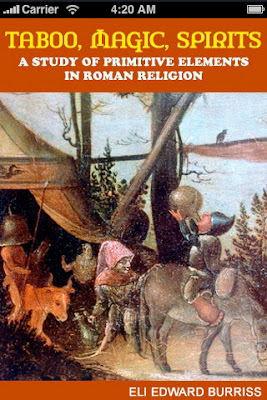 A study of primitive elements in Roman religion. In this volume, the author has gathered together a huge amount of well-documented material to show how the Roman religion, both individual and political, preserved and was swayed by the elements of primitive religion. It deals with such topics as witchcraft, taboo, incantations, magic, and is one of the few attempts to discuss at length the whole field of Roman superstition and the survival of primitivity in the developed region of the City.