The Temple of Set by Michael A. Aquino 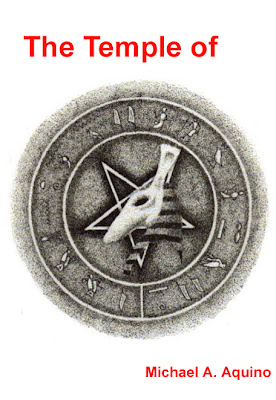 The Temple of Set is one of the most famous, dangerous and secret organizations of those who call themselves Satanists. Founded in 1975 by Michael Aquino in San Francisco, its initial membership came from the Church of Satan (C.o.S) founded by Anton LaVey; the split came as a result of members who felt there was something real and important about the magic they were exploring.

There is a great difference between The Temple of Set and the Church of Satan. The C.o.S use the names Satanist and Satan symbolically. They do not believe that a real Satan exists. They use it as a way to draw attention and to mock Christianity. The Temple of Set (called Setians), believe that a real form of Satan exists called " The Prince of Darkness". They call him "Set” the TRUE Prince of Darkness". Satan is the name given to the Prince of Darkness in the Bible. Set was/is, the Egyptian god of death and the underworld.

The Satanic religion promises to raise the individual to personal godhood, free from enslavement to any other "God" or gods.

The members of the temple of set are very intelligent. They do not let just anyone in. You must prove yourself worthy to be a member. Philosophy is the basis of the organization and those who are unable to keep up with it are not allowed in. There are several levels one can acquire and the higher you go the more secrets you learn. They take oaths of secrecy and that is why so little it truly known about the internal workings. Michael Aquino was an army Lt. Col and worked in the CIA also. Makes you wonder if he used his position to spy and check out people in the organization.