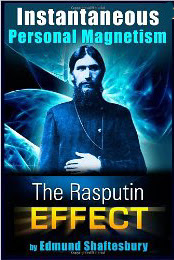 1. The Instant Personal Magnetism System was the first to be issued and appeared in 1925 when there were no other systems in existence.

2. Today it is the Standard Method, and is so recognized everywhere.

3. It is the only System that is used by the International Magnetism Club, and that has been adopted in schools and various other educational institutions.

4. It is the only System that actually produces lasting results.

5. It is the only System that has helped a long list of successful men and women in all walks of life to acquire a magnetic personality with no failure where its students have been in earnest and ambitious to win the highest goal of earthly existence.

6. Attracted by its success, imitators many years ago began to issue cheap and loudly advertised courses of training, and approached as near as they dared to our methods but, for fear of becoming involved in lawsuits for infringement, they avoided all the essential value of our instruction, with the result that they were discredited and all went out of business.

7. Since then similar imitators are likely to appear, with the same inability to guide their students to the successful acquisition of personal magnetism.

8. As personal magnetism is life itself, only the best instruction is desirable. Low priced competitive systems that accomplish nothing for their students are the highest priced in the end. Besides producing failure, they dis courage the buyers, drive them away from the study and thereby deprive them of the greatest blessings in life.

9. There is BUT ONE GENUINE METHOD it is the Instant Personal Magnetism System long tried, thoroughly tested, and uniformly successful.

Instant Personal Magnetism is 400 pages full of descriptions and exercises that will help you gain influence over yourself and others.