Mortadello Or The Angel Of Venice By Aleister Crowley 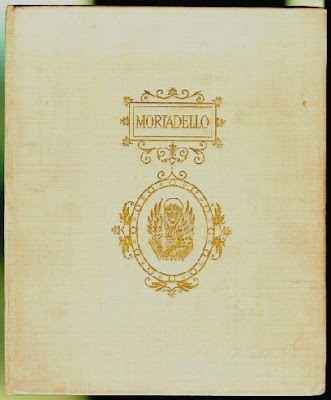 A play. Crowley hoped to persuade the renowned American actor and singer Paul Robeson (1898-1976) to put on a production of the play, in which Robeson would take the part of the character Orlando, 'a Negro of the Tunisian Sudan.' Robeson read the play but declined, explaining: "I'm afraid it's no use. You see, there are certain lines and gestures which the British public would not care to see enacted between a Negro and a white woman. As for the American stage, why, if I were to produce it over there, someone in the audience would get up and shoot me with a revolver!" Oddly various wild claims about the rarity of this edition have recently been bandied about the internet - with some absurd prices being asked, and the ludicrous claim that the work is 'rarer than White Stains' put forth. This is simply not so, although it is one of the less common of Crowley's early poetry and plays.