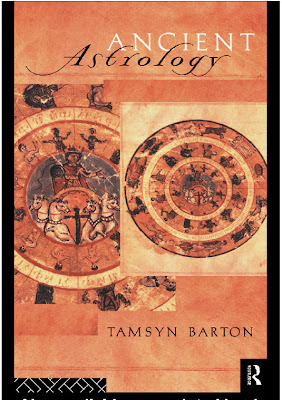 Most people today know their 'star-sign', but few know much of the system of thought which relates human destiny to the stars. Fewer still have any idea of its origins. This book reveals the importance of astrology in ancient thought, morals, politics and daily life. Dr. Barton explains the principles of ancient astrology and brings the theory to life by interpreting the horoscope of Prince Charles according to the instructions of ancient treatises.
Tamsyn Barton first traces the history of the subject chronologically. She untangles the Babylonian, Egyptian and Greek threads which come together in Greco-Roman astrology, discussing the astrological literature of each period. The book analyses intellectual and popular reactions to astrology, whilst revealing its political role in the Roman Empire - astrologers could set emperors on the throne or depose them.
The battle between the early church and astrology and the eventual decline in the profile of the art after the fifth century are also examined.
The final section brings together a variety of evidence on the uses made of astrology in everyday life and discusses areas of knowledge related to astrology, from medicine and magic to mithraic cult.