My Spiritual Journey by Dalai Lama 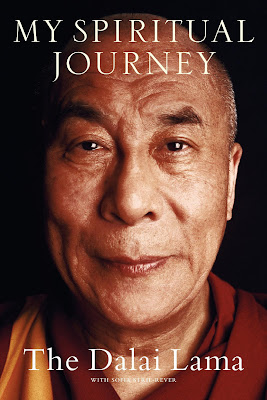 The world knows the public face of the Fourteenth Dalai Lama.
We have read about his near escape from Tibet after the Chinese invasion, his nobel Peace Prize, and his friendships with world leaders, Hollywood actors, and scientists around the world. But what are his inner, personal thoughts on his own spiritual life? For the first time and in his own words, the Dalai Lama charts his spiritual journey from his boyhood days in rural Tibet to his years as a monk in the capital city of Dharamsala, to his life in exile as a world leader and symbol of peace.
My Spiritual Journey provides a vivid and moving portrait of the Dalai Lama’s life journey that is personal in tone but universal in scope. He explores three phases or commitments of his spiritual life—as a human being, as a Buddhist monk, and as the Dalai Lama—each of which has made him more dedicated to exploring and teaching human values and inner happiness, promoting harmony among all religions, and advocating for the civil rights and well-being of the Tibetan people.
At the age of two, little Tenzin Gyatso was identified as the fourteenth reincarnation of the first Dalai Lama. From then on, his life has been on a trajectory few can imagine. Some see him as a living Buddha and moral authority, others identify him as a “god-king,” while still others see him in political terms as either a hero or a counterrevolutionary. In My Spiritual Journey, we see the personal struggles, the courage, the laughter, and the compassion that have defined the remarkable life of one of our world’s greatest living legends.