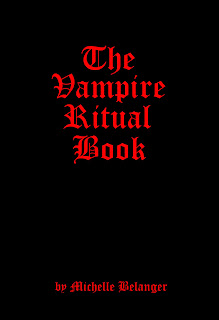 The Vampire Ritual Book was originally commissioned for use within the Sanguinarium. Although many of the seasonal rites later appeared as calendar dates in the Vampyre Almanac, the rituals themselves were never widely distributed. In 2003, a limited-edition was prepared for print, but these rare books were circulated only to a very few. This book is a reprint of the 2003 limited edition. The only changes that have been made have been for formatting. Otherwise, the text retains all the details and terminology of the original.