Master Of Magical Power : The Nath Siddhas In The Light of Esoteric Notions by Gorden Djurdjevic 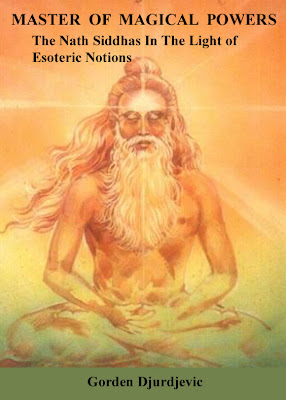 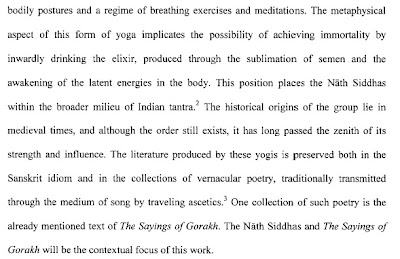 Posted by Samkru at 5:23 PM No comments: 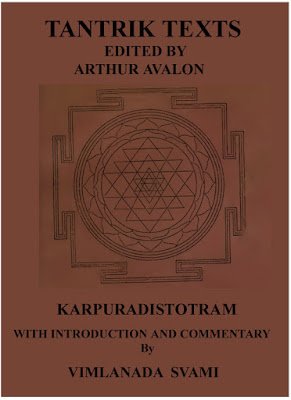 Posted by Samkru at 5:22 PM No comments:

Formation of the Tree of Life by Patrick Mulcahy 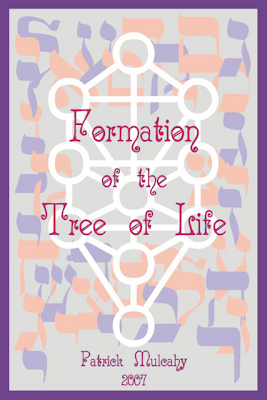 This book reveals the secret of how the kabbalistic Tree of Life diagram is systematically built in a series of steps from Ain Sof to Malkut. It shows how each step involves combining the twenty-two Hebrew letters in certain conformations to produce the ten sefirot and the twenty-two pathways. The end-result includes a new path configuration that solves many mysteries of the Sefer Yetzirah and the Zohar. During the course of the book information is drawn from the ancient texts: Sefer Berashit, Sefer Yetzirah, and the Zohar (i.e. Sefer Dtzenioutha, Ha Idra Rabba Qadisha, and Ha Idra Zuta Qadisha).

Email ThisBlogThis!Share to TwitterShare to FacebookShare to Pinterest
Labels: kabbalah 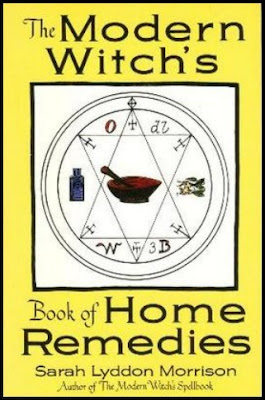 Home remedies and natural medicine go hand in hand. We all know about the fruits, grains, and vegetables that are essential for good health, but in this book Sarah Lyddon Morrison brings us much more--even some age-old secrets--to restore health and ensure continued well-being for our bodies.
She delves deep into the forces of nature for these secrets we all can use anytime, anywhere. These natural treatments help wipe out fatigue and the malaise which can visit us at any time.

Posted by Samkru at 5:19 PM No comments:

A Map of the Journey by Sayadaw U Jotika 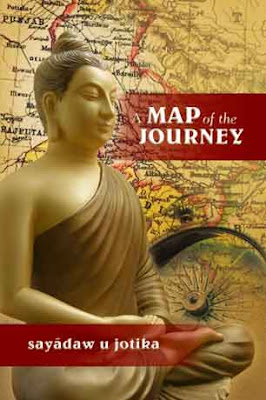 Posted by Samkru at 5:16 PM No comments: 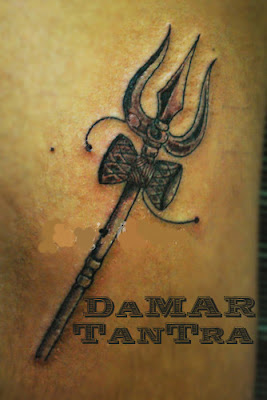 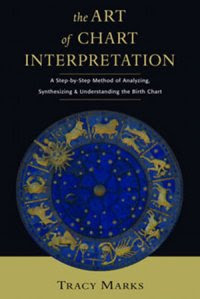 Learn how to determine and interpret the essential personality traits indicated by the birth chart.
Interpreting a horoscope effectively and determining an individual's primary qualities, strengths, and weaknesses requires skill in collecting and organizing astrological information. The Art of Chart Interpretation presents a practical system for amateur and professional astrologers confused by the many details of the birth chart.
With clarity and insight, Tracy Marks provides a comprehensive method for collecting and evaluating astrological data. Her step-by-step techniques and worksheets aid astrology students in developing their abilities to analyze and synthesize the many facets of the chart and to grasp the essential features of the personality.

Posted by Samkru at 4:59 PM No comments:

A Short Course in Scrying by Benjamin Rowe 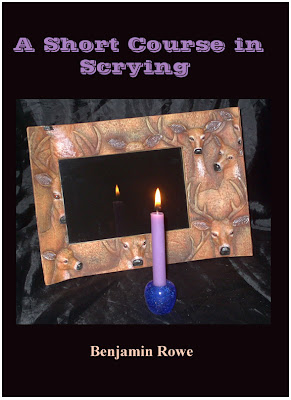 understand that scrying is as much a learned skill as is reading or ice-skating. Persistent practice is necessary to teach the nervous system how to do it, even where the person has some innate talent. And as with other learned skills, there is a learning curve. At first there will be a long period when you don’t seem to be making any significant progress. Then things will suddenly fall together and your practice will improve markedly in a short period, before leveling off again at something close to your highest level of skill.

Posted by Samkru at 4:58 PM No comments:

The Orion; Or, Researches Into the Antiquity of the Vedas By Bal Gangdhar Tilak 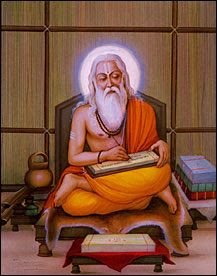 THE KEITTIKAS. Nakshatras in old Vedic times generally mean asterisms and not aodiacal portions—The present and the older position of the solstices —In later works—In Vcdanga Jyotiaha—An objection against its antiquity examined—Passages in the Taittiriya Sanhita and Brabamana— The Kfittikas head the Nakshatras—Deva and Yama Nakshatras—Their real meaning—Taittiriya Sanhitft vii. 4, 8. discussed—Jaimini''s and Sbabara''s interpretation of the same— Conclusions deducible therefrom—Winter solstice in Magha—Vernal equinox in the Krittikas—The age of the Sanhiti—2350 B. C.— Bentley''s arguments and views criticised. We Have seen that the ancient Aryas originally commenced their year, which was luni-solar and siderial, with the vernal equinox, and that when the beginning was changed to the winter solstice both the reckonings were kept up, the one for sacrificial and the other for civil purposes. Let us now examine if there is any reliable evidence to show that the Vedic priests made any corrections in the calendar when by the precession of the equinoxes the cycle of seasons gradually fell back. All our present calendars are prepared on the supposition that the vernal equinox still coincides with the end of Revali and our enumeration of the Nakshatras begins with Ashvint, though the equinox has now receded about 18 from Revati. It has been shown by Prof. Whitney (Surya Siddhanta, viii"., 9 note, p. 211) that the above position of the vernal equinox may be assumed to be true at about 490 A. 0 Taking this as the probable date of the introduction of the present system, we have now to see if we can trace back the position of the vernal equinox amongst the fixed circle of stars. The question, so far, as one antecedent stage is concerned, has been thoroughly discussed.

Posted by Samkru at 4:56 PM No comments:

In This Very Life : The Liberation Teachings of the Buddha by Sayadaw U. Pandita 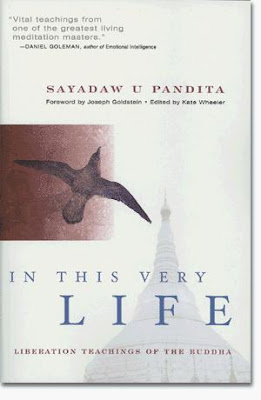 Burmese meditation master Sayadaw U Pandita shows us that freedom is as immediate as breathing, as fundamental as a footstep. In this book he describes the path of the Buddha and calls all of us to that heroic journey of liberation. Enlivened by numerous case histories and anecdotes, In This Very Life is a matchless guide to the inner territory of meditation as described by the Buddha.

Posted by Samkru at 4:54 PM No comments: 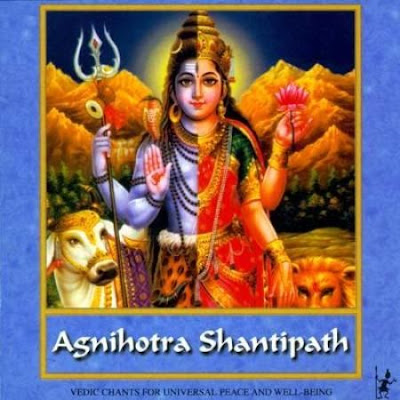 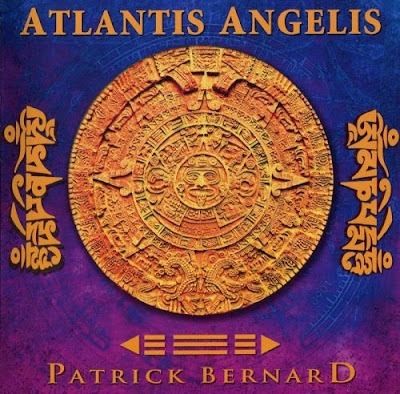 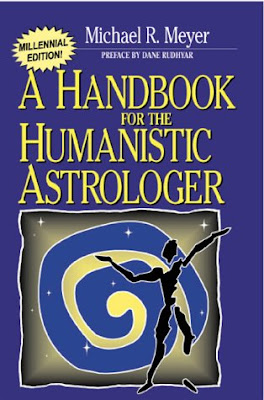 A Handbook for the Humanistic Astrologer is one of the most influential and widely read books on serious astrology published during the 20th century. It was an immediate success when first published in 1974, and since 1987 it has been regarded as the most highly prized and sought after out-of-print astrological classic. A handbook introduced astrology to a new generation of educated seekers turning to astrology not to know "what will happen and how it can be avoided if it's unpleasant" but to discover their innate potential and life purpose. Readers first exposed to serious astrology through this volume figure largely among today's leading astrologers and astrological writers. The volume not only changed the way we view astrology and what we expect from it, A Handbook for the Humanistic Astrologer forever changed the look and feel of astrological literature and horoscope graphics. It's concise format and presentation style has been emulated by numerous publications, and its entirely original horoscope graphics, first developed by the author during the 1960's, have been copied (unacknowledged) by countless astrological books, horoscope calculation services and astrology software developers. Founded upon the repeatedly proven premise that anyone can quickly learn the core principles of astrology and put them to use to improve ones life and relationships, A Handbook for the Humanistic Astrologer intentionally avoids the usual cookbook format in favor of exploring astrology's fundamental concepts and principles. In it and in his other works, such as The Astrology of Relationship, Michael R. Meyer demonstrates his unmatched ability to make astrology accessible to everyone.

Posted by Samkru at 4:13 PM No comments: 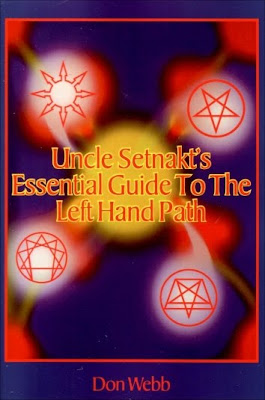 The Essential Guide opens the door to the darkly resplendent worlds of the Left Hand Path. Part philosophical treatise, part ontological stand-up comedy, and part magical practicum, this book makes clear what many other books have only hinted at. For people with wit and perseverance, this book is a training manual for super-men and women. Don Webb has been a practitioner of the Left hand path since the 1970s. He is the former High Priest of the Temple of Set, the world's largest Left Hand Path organization, and the author of the best-selling Seven Faces of Darkness.

Posted by Samkru at 4:09 PM No comments:

Exploring the Unnamable: Wanderings in the Labyrinths of Zin by Lodge Magan, Dragon Rouge Poland 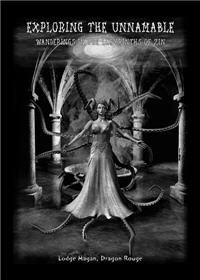 Exploring the Unnamable is a book of pathworkings utilizing chosen concepts from the Lovecraftian magic. It is based on a project of astral and dream-workings conducted by Lodge Magan in the years 2003-2007. The Labyrinths of Zin are a part of the Lovecraftian realm of the Dreamlands, existing outside the world of waking. In Necronomicon magic they are identified with the Tunnels of Set, the dark paths which link the eleven Qlipothic spheres on the Tree of Night. The book contains chosen accounts of work with the Labyrinths which may be used as meditations and dream-workings by those who seek to attune themselves to the Necronomicon current, the vast potential of extra-terrestial gnosis, representing an eternal promise of evolutionary transcendence.

Posted by Samkru at 4:07 PM No comments:

Daring To Dream: A Guide To Lucid Dreaming, Astral Travel And Spiritual Growth by John Stone 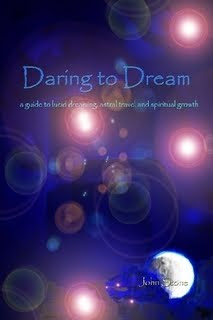 John Stone takes us through the door of possibility in, 'Daring to Dream', as he describes daily purification practices that lead to lucidity in the dreamstate. A book for deepening your awareness of the dreamworlds, and gaining a better understanding its influence in your life, topics include: Unfolding the spiritual gifts of perception in both the awake and sleep states, visions, quests, hearing, lucidity, vibrational frequencies, purifying the spiritual body, and dream interpretation. You'll also learn several methods of increasing awareness, gain the ability to recognize different levels of consciousness and open yourself up to having an out of body experience. The result of a lifelong search for spiritual transcendence, Stone shares his discoveries to help others in achieving spiritual goals and embrace a more soulful life. Includes chapters on Vision Quest Preparation.

Posted by Samkru at 4:05 PM No comments: