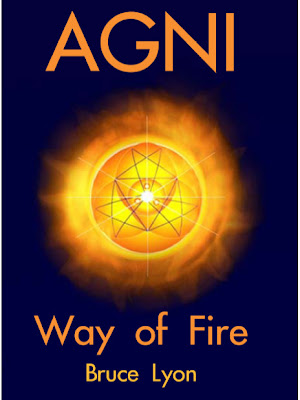 While it is for students of a particular tradition, the context in which this work appears is trans-tradition. The spirit of Synthesis, of integral study and practice, is growing stronger in the world. It is expressed in the East through the work of Sri Aurobindo for example, and in the West through the work of Ken Wilber. I mention only two names but there are many doing this work, creating a movement where those involved recognise each other over and through the particular doctrines and traditions that have led them to a central point of integral perception.
In the language of initiation, it is for those disciples who have taken the Second Initiation and are working towards the Third, having passed the point of no return and become thereby ‘occultly safe’ for developing a closer relationship with the energy of planetary Purpose. There are many such disciples on the planet today.
It will be obvious that in this work we are literally ‘playing with fire’. Agni represents the sum total of the Solar Logoic personality, and he is the energy referred to in the biblical statement “our God is a consuming fire.” (Hebrews 12:29) Working with this energy is dangerous to the unprepared. Any impurities in our own personalities will quickly be exposed and thus the work of purification of the three sheaths should be largely completed and the consciousness must be primarily identified with the soul.