The Illustrated Book of Changes by Li Yan 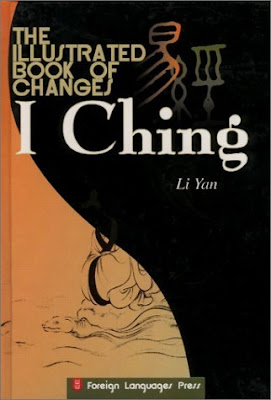 The Book of Changes, or Yi Jing or better known to the West as I Ching, is the oldest philosophical text extant in China. Its origins are lost in the mists of time, but scholars believe that the basic compilation was done early in the Zhou Dynasty (c. 11th century - 221 B.C.). Based on a system of divination using eight basic trigrams (groups of solid and broken lines), permutations of 64 pairs of trigrams were worked out and over the ages pithy commentaries added. The Book of Changes purports to chart the movements and developments (hence "changes") of all the phenomena in the universe, It has been regarded by many as a complete system of philosophy in itself, and has been consulted by emperors, statesmen and generals throughout Chinese history. Revered by Confucius, the Book of Changes was included in the Five Classics of Confucianism. It was one of the few books spared when Emperor Qin Shi Huang (259-210 B.C.) ordered the works of previous dynasties to be burnt. So The Book of Changes has had an unbroken influence on Chinese thought and culture down to modern times.
The Illustrated Book of Changes makes this venerable classic available to the reader in modern Chinese and English translations. The 64 hexagrams and their traditional commentaries are explained, with illustrations, and the Chinese text has been written by eadinS calligraphers.

Email ThisBlogThis!Share to TwitterShare to FacebookShare to Pinterest
Labels: I Ching