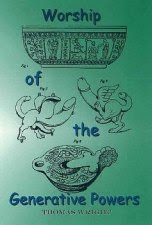 The author presents this book on the origin and history of the worship of Priapus among the ancients. This worship, which was just a part of the generative powers, appears to have been the most ancient of the superstitions of the human race. It has prevailed more or less among all known peoples before the introduction of Christianity and so deeply it seems to have been implanted in the human nature that it continued to exist, accepted and often encouraged, by the medieval clergy. Illustrated throughout.