The Secret History of Lucifer: And the Meaning of the True Da Vinci Code by Lynn Picknett 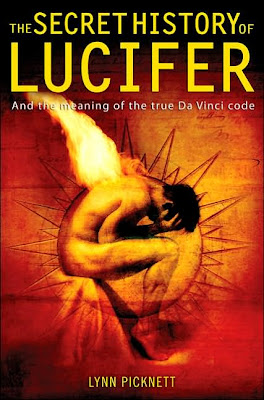 Lynn Picknett explains in this highly readable and well-researched account that the horned Devil — now posited as an antithesis of God — is merely a new, and admittedly more evil, incarnation of the old woodland deity Pan; while Lucifer was once a personification of the Morning Star, the planet Venus, and its goddess. "He" was therefore originally "she," and a divine representation of love, beauty, and human warmth. Indeed, many ancient goddesses were known as Lucifera, or "Light-bringer" — an honor extended to Mary Magdalene in her true role as goddess-worshipping priestess and Christ's successor. While thousands follow Lucifer in order to achieve earthly wealth and power, Picknett explains that such misguided behavior is far from true Luciferan principles. Picknett draws together ancient heretical Christian and Egyptological texts, and the implications of abnormal psychology and the "extreme possibilities" of certain barely understood human attributes to pose the question: Have we humans actually created God and Lucifer, not merely as icons or metaphors, but in a terrifying way, literally? And if so, how do we know which is which?
" 'A thought-provoking book that considers many issues, not least the role and image of women in Christianity.' Good Book Guide 'Lynn Picknett... presents the Magdalene in a fresh and disconcerting way.' Washington Post Book World 'Picknett's book... puts Mary Magdalene back on top of her pedestal.' Nexus"

Email ThisBlogThis!Share to TwitterShare to FacebookShare to Pinterest
Labels: Satanism