States of Consciousness by Andrzej Kokoszka 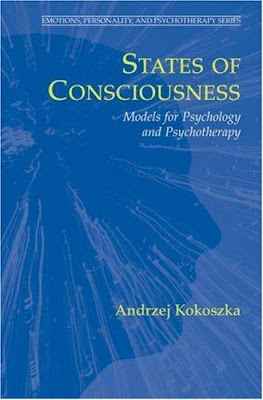 Consciousness has always been a particularly elusive concept and one vigorously argued in the scientific community. This new volume takes on the task of defining normal and altered consciousness in their most relevant clinical terms.
In States of Consciousness, Andrzej Kokoszka expands on the pioneering work of J.H. Jackson, offering contemporary models for studying consciousness as it applies to both pathology and normal altered states, e.g., relaxation, sleep, meditation, and hypnosis. He makes clear distinctions between the neuroscientific and psychiatric components of consciousness; at the same time, his theories are rooted firmly in the biopsychosocial approach.
Highlights of the coverage:
-Historical overview of studies of consciousness and its altered states
-Evolutionary/dynamic model of consciousness and information processing, based on the structure and principles of cell behavior
-Comparison of altered states of consciousness in healthy persons and patients with schizophrenia
-New perspectives on the role of consciousness in pathology
-Case illustration of altered states in a patient with Posttraumatic Stress Disorder, integrating neurobiological, cognitive-behavioral, and psychodynamic data
-Applications of the model in clinical practice
States of Consciousness lends itself to theoretical and practical, research and classroom use. It is relevant to a range of scientists and practitioners in cognition, clinical psychology, social psychology, and neuropsychology The books scope and the authors attention to detail make it a work of great versatility, much like consciousness itself.