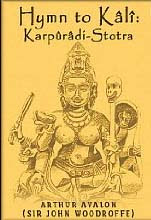 "Kali is a Hindu goddess with a long and complex history in Hinduism. Although sometimes presented as dark and violent, her earliest incarnation as a figure of annihilation still has some influence, while more complex Tantric beliefs sometimes extend her role so far as to be the Ultimate Reality (Brahman) and Source of Being. She is also known and revered as Bhavatarini (meaning: redeemer of the universe Dakshineswar Kali Temple). Finally, the comparatively recent devotional movement largely conceives of Kali as a straightforwardly benevolent mother-goddess. Therefore, as with her association with the Deva (god) Shiva, Kali is associated with many Devis (goddesses) - Durga, Bhadrakali, Bhavani, Sati, Rudrani, Parvati, Chinnamasta, Chamunda, Kamakshi or kamakhya, Uma, Meenakshi, Himavanti, Kumari and Tara. These names, if repeated, are believed to give special power to the worshipper. She is the foremost Goddess among the Dasa Mahavidyas."