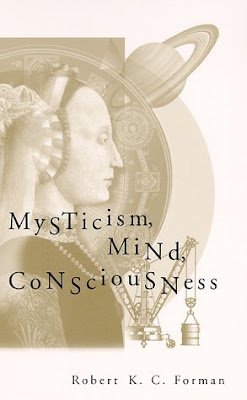 In an exploration of mystical texts from ancient India and China to medieval Europe and modern day America, Robert K. C. Forman, one of the leading voices in the study of mystical experiences, argues that the various levels of mysticism may not be shaped by culture, language, and background knowledge, but rather are a direct encounter with our very conscious core itself.
Mysticism, Mind, Consciousness focuses on first-hand accounts of two distinct types of mystical experiences. Through examination of texts, recorded interviews, and courageous autobiographical experiences, the author describes not only the well-known "pure consciousness event" but also a new, hitherto uncharted "dualistic mystical state." He provides a thorough and readable depiction of just what mysticism feels like. These accounts, and the experiences to which they give voice, arise from the heart of living practices and have substance and detail far beyond virtually any others in the literature.
The book also reexamines the philosophical issues that swirl around mysticism. In addition to examining modern day constructivist views, Forman argues that the doctrines of Kant, Husserl, and Brentano cannot be applied to mysticism. Instead he offers new philosophical insights, based on the work of Chinese philosopher of mind Paramartha. The book concludes with an examination of mind and consciousness, which shows that mysticism has a great deal to tell us about human experience and the nature of human knowledge far beyond mysticism itself.