Religion in Literature and Film in South Asia by Diana Dimitrova 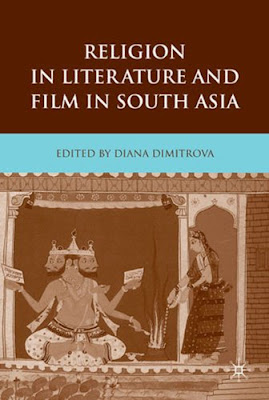 This innovative, interdisciplinary collection of essays by scholars based in Europe and the United States offers stimulating approaches to the role played by religion in present-day South Asia.
“This volume contributes to our understanding of the links between relations in society in the distant past, which has survived in the form of myth, and its connection with modern ideas concerning two major social spheres - gender and politics. It is a representative international project whose participants belong to academic institutions in India, Europe, Canada, and the U.S…It is a solid work on an important theme that contributes to general areas of humanitarian studies as well as to South Asia Studies. The religious/mythological, political, bio-social (gender), and cultural dimensions, in which the basic ideas that bring the contributions together have been presented, speak for the originality of the work.”--Tatiana Oranskaia, University of Hamburg.