The Vampire Codex by Michelle Belanger 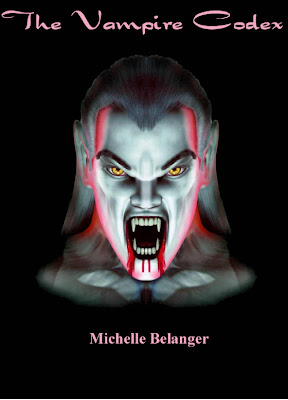 The Vampire Codex has had a significant impact on the worldwide community of psychic vampires, becoming the fundamental text used by numerous Houses, Orders, Covens, and Clans. It has influenced the teachings of vampire groups throughout the US, Canada, and Western Europe. It has also come to the attention of several noteworthy occult organizations, including the Temple of Set, the IOT and the Church of Satan. (Peter Gilmore, current head of the Church of Satan, expressed his disappointment at Michelle's absence at the New York City release of "V" as he wanted her autograph on the special edition of the Codex released with that work).