Consciousness Beyond Life: The Science of the Near-Death Experience by Pim van Lommel 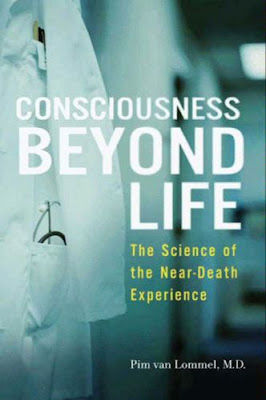 As a cardiologist, Pim van Lommel was struck by the number of his patients who claimed to have near-death experiences as a result of their heart attacks. As a scientist, this was difficult for him to accept: Wouldn't it be scientifically irresponsible of him to ignore the evidence of these stories? Faced with this dilemma, van Lommel decided to design a research study to investigate the phenomenon under the controlled environment of a cluster of hospitals with a medically trained staff.
For more than twenty years van Lommel systematically studied such near-death experiences in a wide variety of hospital patients who survived a cardiac arrest. In 2001, he and his fellow researchers published his study on near-death experiences in the renowned medical journal The Lancet . The article caused an international sensation as it was the first scientifically rigorous study of this phenomenon. Now available for the first time in English, van Lommel offers an in-depth presentation of his results and theories in this book that has already sold over 125,000 copies in Europe.
Van Lommel provides scientific evidence that the near-death phenomenon is an authentic experience that cannot be attributed to imagination, psychosis, or oxygen deprivation. He further reveals that after such a profound experience, most patients' personalities undergo a permanent change. In van Lommel's opinion, the current views on the relationship between the brain and consciousness held by most physicians, philosophers, and psychologists are too narrow for a proper understanding of the phenomenon. In Consciousness Beyond Life , van Lommel shows that our consciousness does not always coincide with brain functions and that, remarkably and significantly, consciousness can even be experienced separate from the body.

Email ThisBlogThis!Share to TwitterShare to FacebookShare to Pinterest
Labels: After Life -Near to Death - Spiritual Communication