The Invention of Telepathy by Roger Luckhurst 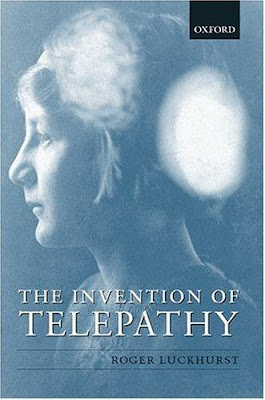 The belief in telepathy is still widely held and yet it remains much disputed by scientists. Roger Luckhurst explores the origins of the term in the late nineteenth century. Telepathy mixed physical and mental sciences, new technologies and old superstitions, and it fascinated many famous people in the late Victorian era: Sigmund Freud, Thomas Huxley, Henry James, Robert Louis Stevenson, and Oscar Wilde. This is an exciting and accessible study, written for general readers as much as scholars and students.