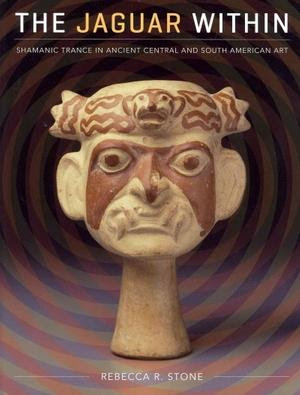 Shamanism the practice of entering a trance state to experience visions of a reality beyond the ordinary and to gain esoteric knowledge has been an important part of life for indigenous societies throughout the Americas from prehistoric times until the present. Much has been written about shamanism in both scholarly and popular literature, but few authors have linked it to another significant visual realm art. In this pioneering study, Rebecca R. Stone considers how deep familiarity with, and profound respect for, the extra-ordinary visionary experiences of shamanism profoundly affected the artistic output of indigenous cultures in Central and South America before the European invasions of the sixteenth century.
Using ethnographic accounts of shamanic trance experiences, Stone defines a core set of trance vision characteristics, including enhanced senses, ego dissolution, bodily distortions, flying, spinning and undulating sensations, synaesthesia, and physical transformation from the human self into animal and other states of being. Stone then traces these visionary characteristics in ancient artworks from Costa Rica and Peru. She makes a convincing case that these works, especially those of the Moche, depict shamans in a trance state or else convey the perceptual experience of visions by creating deliberately chaotic and distorted conglomerations of partial, inverted, and incoherent images.