The Occult Mind: Magic in Theory and Practice by Christopher I. Lehrich 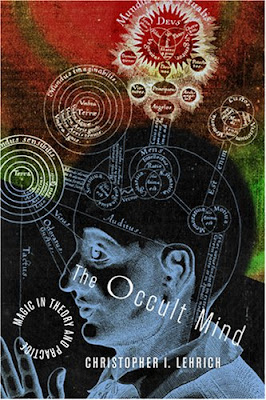 Divination, like many critical modes, involves reading signs, and magic, more generally, can be seen as a kind of criticism that takes the universe--seen and unseen, known and unknowable--as its text. In The Occult Mind, Christopher I. Lehrich explores the history of magic in Western thought, suggesting a bold new understanding of the claims made about the power of various belief systems. In closely interlinked essays on such disparate topics as ley lines, the Tarot, the Corpus Hermeticum, writing and ritual in magical practice, and early attempts to decipher Egyptian hieroglyphics, Lehrich treats magic and its parts as an intellectual object that requires interpretive zeal on the part of readers/observers. Drawing illuminating parallels between the practice of magic and more recent interpretive systems--structuralism, deconstruction, semiotics--Lehrich deftly suggests that the specter of magic haunts all such attempts to grasp the character of knowledge.
Offering a radical new approach to the nature and value of occult thought, Lehrich's brilliantly conceived and executed book posits magic as a mode of theory that is intrinsically subversive of normative conceptions of reason and truth. In elucidating the deep parallels between occult thought and academic discourse, Lehrich demonstrates that sixteenth-century occult philosophy often touched on issues that have become central to philosophical discourse only in the past fifty years.