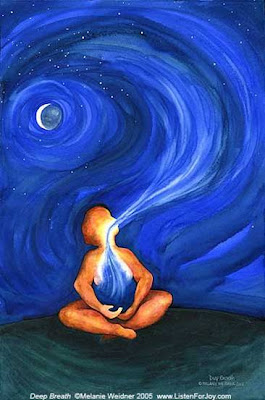 "The form of energy composing the chakras and currents in the subtle body is unknown to science. The Hindus call it prana, which means literally "life" - that is "life-force." The Chinese call it chi, the Polynesians mana, the Amerindians orenda, and the ancient Germans od. It is an all-pervasive "organic" energy. In modern times, the pyschiatrist Wilhelm Reich attempted to resuscitate this notion in his concept of the orgone, but he met with hostility from the scientific establishment. More recently, Russian parapsychologists have introduced the notion of bioplasma, which is explained as a radiant energy field interpenetrating physical organisms."

Email ThisBlogThis!Share to TwitterShare to FacebookShare to Pinterest
Labels: Meditation