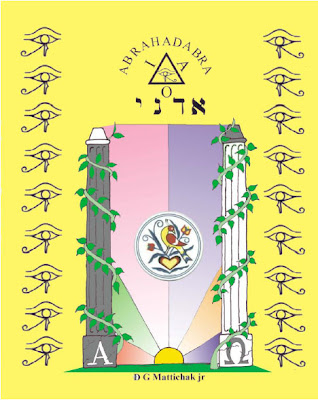 Hexen magick seems to have migrated to America with German immigrants, mainly from the Rhine region, when the religious freedoms offered by William Penn and his Charter of Liberties attracted an influx of migrants to South-eastern Pennsylvania. These people brought with them a strong culture of folk art, along with their folk magic and the occult writings of the day. The interaction of this European influence with the native Algonquian culture resulted in a home-grown American practice. The native influence is still evident as Hexenmeisters are also often referred to as Pow-Wow Doctors (pow-wow is an Algonquian word for a meeting of medicine men). Commonly the practice is referred to as Hex Work or Speilwerk in the local dialect of the Pennsylvania Dutch. The influence of the indigenous American culture of the Algonquian upon the essentially Platonic/ Hermetic system is extant, especially in the herbal studies associated with the system.
This book is the source of the Besprechen, or spells, that are used by Hexenmeisters in their arts. The second, and by far the more obscure literary source is The Sixth and Seventh Books of Moses by John Scheible (presumably the Pentateuch are the first five books of Moses). This book seems to be a compendium of many of the aforementioned Grimiors and is full of mainstream 19Literary Sources th Century qabalah. It is claimed by the author that this book contains the secrets of the magicks that Moses used to free the Israelites from Pharaoh’s Egypt.