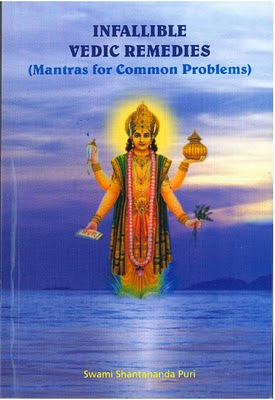 According to Mahatma Buddha, the entire world is full of miseries and unhappiness (Sarvam Dukhamayam Jagat). Somebody is chronically ill and doctors are unable to help him. Somebody does not have any child even after ten years of marriage. Someone's daughter is estranged from her husband due to incompatibility or other reasons. Somebody is either in need of finance to get his daughters married or even though equipped with necessary money, marriage fails to take place. When a householder is faced with such problems, try as he might, his mind refuses to go towards his spiritual sadhana like Japa, meditation, etc., but veers again and again round his problems.
It is only a rare few who could pray or call on God in despair in such a crisis and even among them many will not be able to sustain the constant remembrance of God essential for our liberation or God Realisation. Yes, one cannot wait for the waves of the ocean to subside completely to enable having a bath, but one can surely wish for a lull or interval when he can heave a sigh of relief temporarily and proffer his thanksgiving to the Supreme Lord.
The Science of Mantras (sacred syllables prescribed for continuous chanting) which is an offshoot of the Scriptures (Vedas) prescribes different mantras for various worldly problems which commonly confront a man. There are several thousands of such mantras but a few which I knew and were at first diffidently imparted to some needy and desperate people who approached and implored me to help them proved to be invariably effective beyond expectations.
The effectiveness of various mantras for various problems in life has been amply illustrated from the incidents in the life of Late Sri Chandrasekhara Bharati Swaminah of Sringeri in a book called ""THE SAINT OF SRINGERI'' by R. Krishnaswami Iyer (Published by Sringeri Math) in a chapter entitled ""POWER OF MANTRAS''.