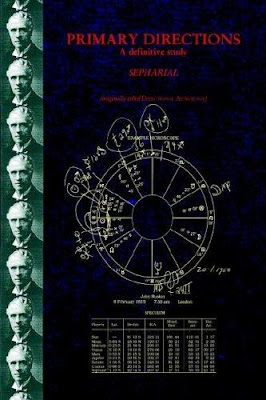 The definitive text on Primary Directions, written by a 20th century master.
Sepharial (1864-1929) was one of the leading astrologers in the early 20th century English astrological revival. Primaries were his favorite means of forecasting. Primaries, unlike simple transits or secondary directions, are not immediately obvious to the average student. So in this book, the author starts with the basic definitions. He then explains how to calculate directions in mundo, directions in the zodiac, as well as parallel directions. He suggests methods of organization and describes what effects primary directions may produce. In the process he gives an overview of the three main schools of forecasting: The Fatalists, the Casuists, and the Idealists, and gives the pros and cons of each.
Sepharial then discusses the two major individuals behind primaries. These are Claudius Ptolemy, who invented the semi-arc (primary) method in the second century AD, and the 17th century Italian monk, Placidus de Titis, who devised the complex house system that enabled primaries to be calculated easily and rapidly.
Sepharial next tackles directions under Poles, which were a favorite of R.C. Smith, the first of several men known as "Raphael". Then, the resolution of problems unique to Primaries: The proper method to calculate the Part of Fortune (Oblique Ascension/Descension, rather than simple zodiacal longitudes), various unique challenges with primary directions and the moon, and the true way to calculate directions to house cusps, along with some novel shortcuts.