Reincarnation: A Study of the Human Soul by Jerome A. Anderson 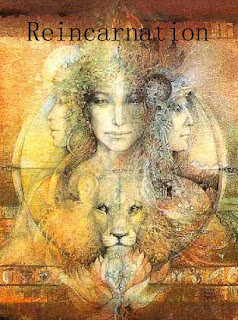 This work discusses reincarnation in its relation to rebirth, evolution, post-mortem states, the compound nature of man, hypnotism, etc. These pages are intended to present, in as concise a form as possible, an outline of certain phenomena in nature, together with logical and philosophical deductions therefrom, which go to prove, first, the existence of a soul, and, second, the repeated reincarnation of this soul in physical bodies. Contents: physiological evidence; psychological evidence; evolution of the soul; individualization of the soul; reincarnation philosophic and logical evidence; scientific evidence; composite nature of soul; reincarnating ego; the personality; postmortem states of consciousness; hypnotism and the human soul; objections; karma; ethical conclusions.

Email ThisBlogThis!Share to TwitterShare to FacebookShare to Pinterest
Labels: Rebirth-Birth, Self Development and Mind Power