The Swastika: The Earliest Known Symbol, and Its Migrations by Thomas Wilson 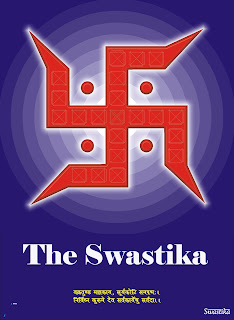 This book is the most comprehensive scholarly study of the history and use of the ancient swastika symbol ever undertaken. Its author, Thomas Wilson, participated in the excavation of an Indian burial mound in Ohio where several large copper swastikas were discovered. This unusual find sparked Wilson's curiosity and led to the research that ultimately became this book.

The swastika symbol occurs in Mesopotamia and India as early as 8000 years ago, and prolifically on artifacts unearthed at the site of ancient Troy. It also appears on hundreds of Greek ceramic objects of the Geometric period, dating between the tenth and seventh centuries BC. Its use by indigenous peoples along the Mississippi and Amazon Rivers before 300 AD has raised serious questions about a possible diffusion from Eurasia. How or when this may have occurred, however, has never been established, nor has the underlying significance of the swastika ever been fully understood.